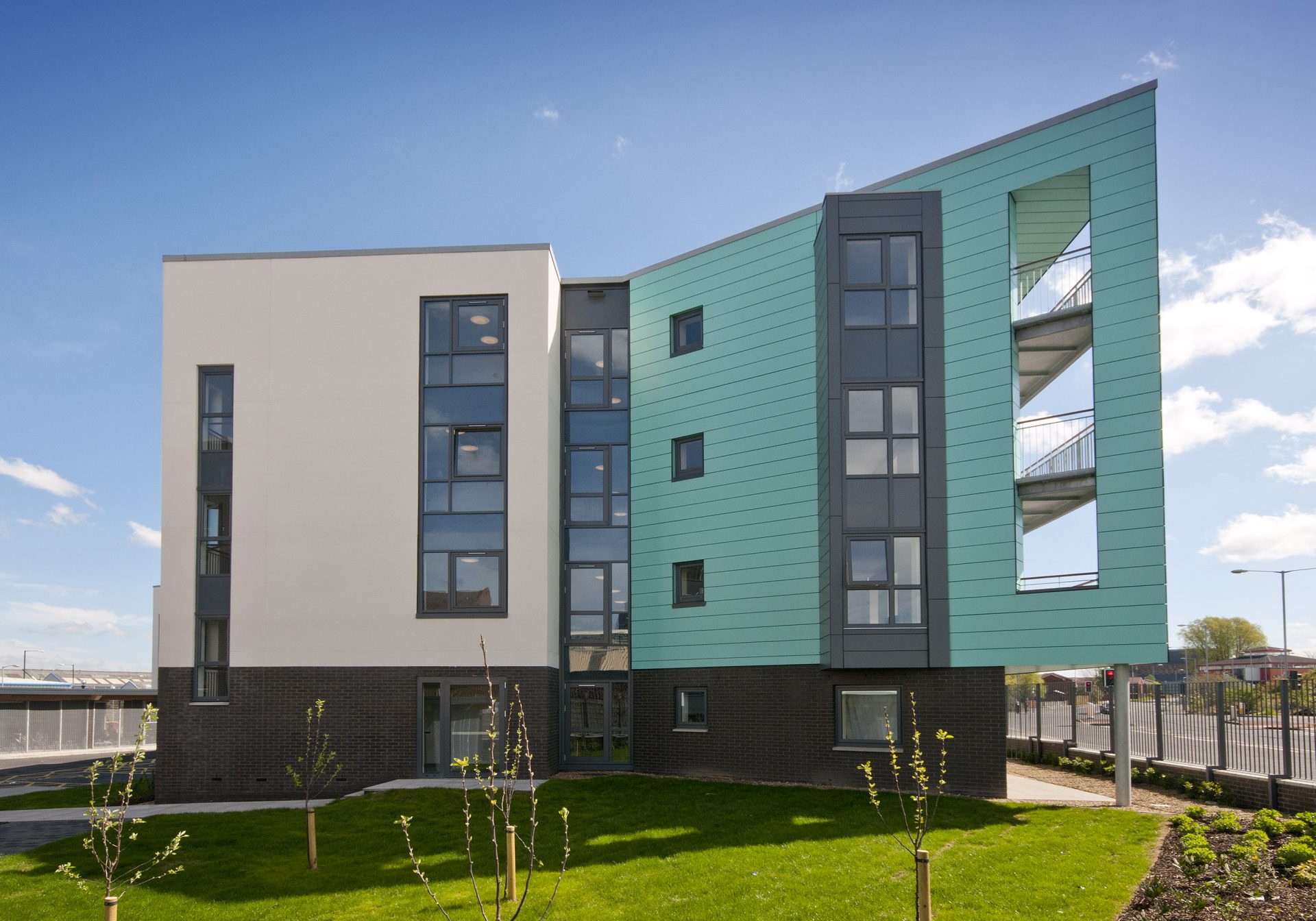 The first phase is split over five sites, including 5 apartment blocks and 80 houses.

Two of these apartment blocks form a gateway to the future regeneration and all serve to establish a benchmark for future development including:-

The form and layout of the properties, together with the contemporary aesthetic was realised through extensive community consultation, involving residents in design development every step of the way. Residents were also ultimately able to select their own kitchen and bathrooms from a pallet of choices.

Constructed out of timber frame, the buildings include some innovative building product applications including “Fermacell”, used on two of the apartment blocks as an integral fire protection/finishing board. Its inherent resistance to moisture realised programming advantages, enabling follow on trades to commence early.

The scheme was procured by open competitive tender and using Manchester City Council’s Framework One. The latter involved two Principal Contractors working innovatively together on four of the sites utilising a shared supply chain with all contractors providing local employment and training opportunities.

Completed in April 2012, at an overall cost of £25m, the scheme includes 33 new build houses by Guinness Northern Counties and the first large scale affordable housing regeneration by Manchester City Council in 30 years.

The first large-scale development of council homes built in Manchester for more than 20 years was formally handed over in a celebration event today, Tuesday 20 March 2012.

Tenant Maggie Newton, chair of the West Gorton Steering Group: “I moved in last week and I’m really pleased with my new home. People are glad about the new development and there’s a really positive vibe in the area. I’m looking forward to seeing the next stage of the regeneration, with more new build houses, which will bring a good mix of new people into West Gorton.”

Jim Cope, chair of Phoenix Tenants and Residents Association: “I’ve lived in a tower block in West Gorton for over 10 years and will move into my new home in May. I’ve seen this develop from the germ of an idea right through to its fruition and feel very proud. West Gorton is a good area and there are some brilliant people here with great community spirit.”

Tenants, who have started moving in to the new homes, joined children from nearby Armitage Primary School and senior representatives from leading partners involved in the £22.9 million project to create 171 new homes at four sites in West Gorton.

Manchester City Council leader Sir Richard Leese and Deborah McLaughlin, North West Executive Director at the Homes and Communities Agency (HCA), attended the event to mark the completion of work and officially hand over the completed properties to local housing provider Guinness Northern Counties, who will manage them on behalf of the council.

The mix of homes has been created to meet local demand and consists of 124 two-bed apartments, six bungalows and 41 houses ranging from compact two-bed to large five-bed homes. The energy-efficient homes are designed to a high standard and intended to set the standard for new housing in West Gorton.

Sir Richard Leese, leader of Manchester City Council, said: “This scheme is boosting housing quality and choice in an area which is a long-term regeneration priority for us. It’s great news that the first residents are beginning to benefit from this innovative development, the first council-funded homes in a generation.”

“The completion of these fabulous new homes along with 33 new properties of our own has brought the number of homes we now manage in the area up to 523 and we are continuing to work closely with city’s councillors, officers and the local community to help make West Gorton a fantastic place to live.”

The new generation of council homes has received investment of £11.5 million from the HCA through its Local Authority New Build programme. They have been built by Bramall Construction and GB Building Solutions who have created local jobs.

Deborah McLaughlin, HCA Executive Director for the North West, said: “This is a fantastic new development and I’m proud that the HCA has been able to provide investment support and has been so closely involved right from the outset. I know the residents of West Gorton have been looking forward to the completion of these new homes for a long time and it’s great to see how well their commitment has been rewarded. I’m sure that through the dedication and hard work of the partners involved, these new homes will make an important contribution to the vitality of the area.” 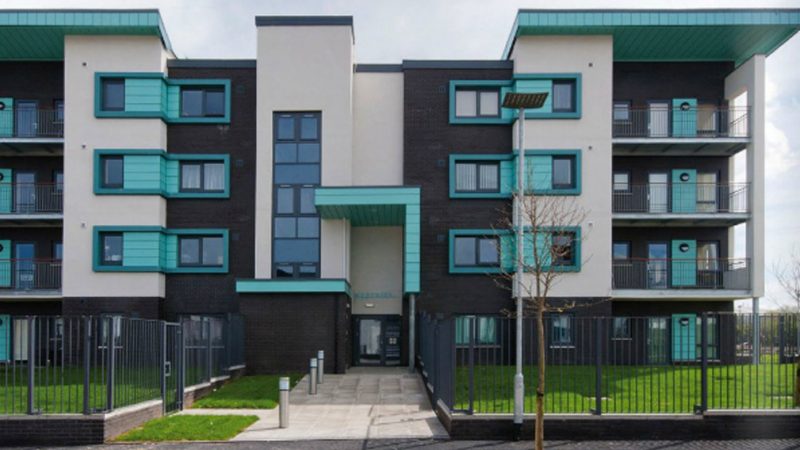 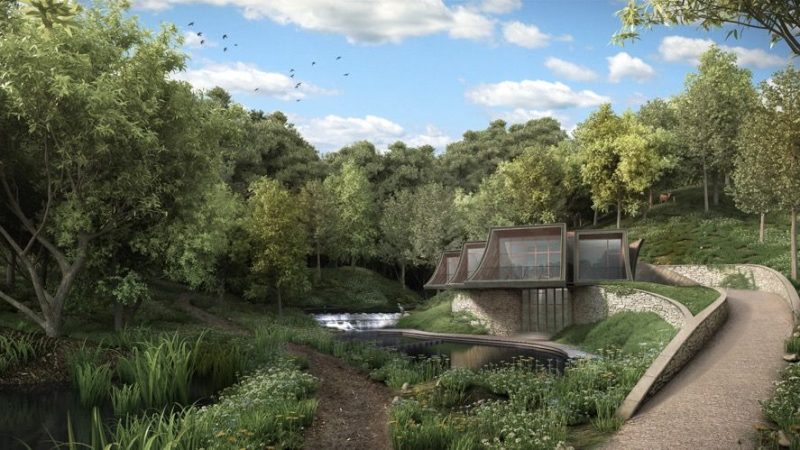